Immunization is one of the most successful and cost-effective health interventions. It protects and prevents people from complications, disability and mortality, from diseases such as diphtheria, measles, whooping cough, hepatitis B, polio, rubella, mumps, tuberculosis, yellow fever, tetanus, hemophilic, rotavirus, meningococcal, pneumococcal infection, cancer (cancer of the cervix and liver).

Vaccines can not only protect but also transform the lives of people, providing long-term benefits in the form of the possibility of healthy development and living, safe visits to organized groups of children and adults and improvement of life prospects. 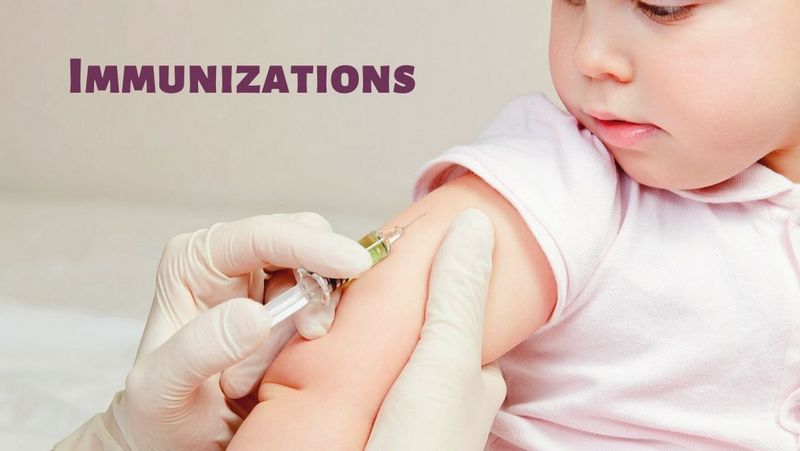 The main points of the vaccine prevention concept were formulated as part of the Expanded Program on Immunization developed by WHO. In a generalized form, the main provisions of the concept are as follows:

The meaning of this important concept lies in a simple slogan consisting of three words: “Prevent-Protect-Vaccinate”.

All infections for which vaccinations are included in the national Immunization Schedule pose a direct threat to life and health.

Polio threatens with persistent lifelong paralysis, diphtheria – with paralysis and myocarditis, mumps – with infertility and diabetes mellitus, hepatitis B – with cirrhosis and liver cancer, rubella during pregnancy – with congenital organic lesions of the fetus. Lack of tetanus vaccination can lead to the death of adults and children, even with a minor injury. Individuals unvaccinated against tuberculosis infection have an increased risk of severe severe tuberculosis with many complications leading to disability tenfold.

Due to immunization, many infectious diseases have become rare or have almost completely disappeared, so many people think that immunization is no longer necessary.

If we refuse vaccinations, the infections considered to be defeated will definitely return. Outbreaks of disease affect every person. There is a clear inverse relationship between the incidence of controlled infections and the level of vaccination coverage in the population. Therefore, it is necessary to systematically vaccinate 95% of children even against the background of a small incidence. This is the critical level that allows us to ensure the safety of each of us and each of our children.

The well-being of our life – the absence of the threat of serious infections – is achieved solely due to the widespread implementation of preventive vaccinations.

What is immunization (vaccination)?

Immunization is a method of an individual or population protection of the population against infectious diseases by creating or enhancing artificial immunity with vaccines.

Immunization protection against infections has been known for hundreds of years. For example, since ancient times, the Chinese pulled dried and crushed crusts from smallpox patients into the nose. However, this method was dangerous and posed a great risk to life and health.

In the eighteenth century, Edward Jenner was the first physician to vaccinate people against smallpox. In 1777, he founded the world’s first locality in London. After 100 years, Louis Pasteur made the first successful vaccination of humans against rabies.

Today, vaccination around the world is recognized as an ideal means of preventing, controlling and eliminating infectious diseases. In the USA, as in many countries of the world, vaccination prevention is one of the strategies of state policy in the field of protecting the health of citizens.

How do vaccines work?

Immunization is the creation of specific immunity to an infectious disease by simulating a natural infection process with a favorable outcome. Once in the human body, the vaccine causes specific changes in the immune system, the result of which is the development of its own protective factors – antibodies, interferons and a number of cells. Active immunity is formed, which is able to cope with the infection.

After the introduction of the vaccine, it takes time for the body to develop the necessary protective factors. This usually takes from one to several weeks. Subsequently, if the human body encounters an infectious agent, the formed immunity will protect against the development of an infectious disease.

One must understand that a vaccine is an immunobiological drug that is immeasurably more effective than a drug because it prevents the disease and sometimes it is very difficult.

Each vaccine has its own time frame, its own schedule and its route of administration (intramuscularly, through the mouth, subcutaneously, intradermally).

The immunity that is formed when vaccines are administered varies depending on the type of vaccine.

In some cases, one vaccination is enough to develop long-term immunity. In others, multiple introductions are needed. In this connection, there are two medical terms – vaccination and revaccination. The essence of vaccination is to achieve the production of specific antibodies in an amount sufficient to prevent a specific disease. But this starting (protective) level of antibodies is gradually decreasing and subsequently repeated injections are necessary to maintain their desired amount. These repeated injections of a vaccine also are revaccination.

Active post-vaccination immunity is produced with some vaccinations for life, with others, repeated administration is necessary.

An unvaccinated person is exposed to the following danger:

What if a person refuses immunization?

Vaccination of children in the first year of life

An important feature of the child in the first year of life is the presence of transplacental (maternal) immunity, which protects him or her during the first months of life. Protective antibodies cross the placenta from 16 weeks of gestation. The mother transfers her individual “immunological experience” to the child. In premature babies, the concentration of antibodies is lower than in babies born on time, so it is very important to vaccinate them according to the schedule to reduce the risk of infectious diseases.

The destruction of antibodies received from the mother begins after 2 months of a child’s life and ends by 6 months – 1 year. When the antibodies disappear, the protection ceases, so that the children in the second half of life can already get some kind of infectious disease, often in a very serious form.

The presence of maternal immunity was taken into account when developing the immunization schedule. Antibodies obtained from the mother can neutralize the vaccine and prevent the active production of antibodies after immunization. Therefore, for example, immunization against measles is carried out no earlier than at the age of 12 months since by this time passively received measles antibodies are excreted from the child’s body.

Antibodies to the causative agents of pertussis, diphtheria, tetanus, tuberculosis, polio, hepatitis B, are received by the newborn from the mother in an amount insufficient to ensure immunity to the disease. Therefore, vaccines against these infections is administered to the child in the first months of life.

Each country uses its own national immunization schedule, which provides for routine mass vaccination of the population. In the USA, the immunization schedule does not differ fundamentally from the calendars of other countries. Routine vaccinations against infections are given to all children and adults in the absence of contraindications, which are determined individually by the attending physician.

All vaccines are designed so that they can be administered to the vast majority of people without a preliminary laboratory examination. The attitude to contraindications to vaccination is constantly changing – there are fewer and fewer reasons for “withdrawals”, the list of diseases that relieve vaccines is getting shorter.

In unvaccinated chronic patients, infections are much more severe and lead to a large number of complications.

One should bear in mind that modern science does not stand still – the technology of production and purification of vaccines is improved, the concentration of ballast substances in favor of the necessary components is reduced.

What is the difference between a post-vaccination reaction and a complication?

However, the post-vaccination reaction is a normal manifestation of the body since the vaccine contains a foreign protein. Post-vaccination reactions are manifested in the form of general (fever, malaise, etc.) or local signs (redness, soreness, tightness). Depending on the type of vaccine, these manifestations may be different. Typically, reactions to vaccinations with inactivated vaccines (DTP, ADS, hepatitis B) occur on day 1-2, and with live vaccines, reactions may appear later – on day 2-10 after vaccination. As a rule, they pass on their own or when prescribing appropriate symptomatic therapy (antipyretic, antihistamines) within 1-2 days.

Some vaccines are very easily tolerated and almost never produce serious reactions, while others, on the contrary, are often accompanied by a marked increase in body temperature – a typical example is the pertussis component of the DTP vaccine. Another example, a small condensation that occurs at the site of hepatitis B vaccination indicates the activity of the process of developing immunity, which means that the vaccinated person will be really protected from infection.

Very rarely, post-vaccination complications (severe and persistent health problems) arise due to preventive vaccinations and preventing the repeated administration of the same vaccine (a sharp decrease in blood pressure, seizures, neurological disorders, allergic reactions of varying severity, abscesses, phlegmon at the injection site and etc.). However, the infections themselves (from which a person is already protected) cause the same complications with a much greater frequency.

Modern vaccines give a minimum of reactions and practically do not cause complications.